From the Meeting Planner: Transforming the Sails Pavilion

How does a meeting planner turn an empty space into a "Wow Moment" during a convention, meeting or trade show?

Patrick Crosson, CMP, senior producer with Agency EA, had that opportunity during a recent event hosted at the San Diego Convention Center for a tri-branded Summit. This was the first time this event was held at the Convention Center.

The General Session created a first-of-its-kind moment in the Sails Pavilion with:

Crosson admitted when he first saw the space – a glass-enclosed, 90,000 sq. ft. exhibit space, topped with a "roof" made out of PTFE (Teflon) Sails – he didn't think of it as the place for a general session event.

"It didn't come to us right away. We were planning on using an exhibit hall as our keynote space," he said. "Exhibit halls traditionally are the biggest space."

"As we started thinking about a general session in the space, we realized what a different and unique place it is," said Crosson. "It takes you out of a dark space (exhibit hall) and changes the spirit of the room, with the feel of the natural light. We asked, 'Is this better for us?'"

Eventually, the team realized that it made more sense for them, drawing attendees up and away from the other lower level buildouts.

"As we started thinking about a general session in the space, we realized what a different and unique place it is," said Crosson. 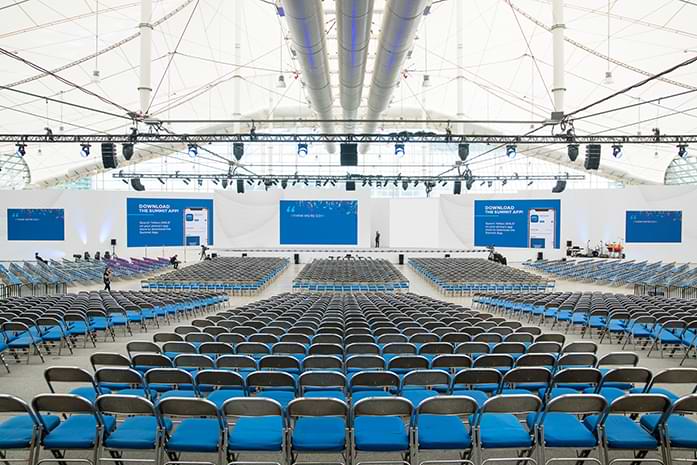 "One challenge for me as the Event Manager was the seating,” said San Diego Convention Center Senior Event Manager Lenore McFerren. "We had one set of risers that were supplied by an outside production company and another that belonged to the Convention Center. Each piece needed to be connected and that required building a custom-made section to bring them together. All of the riser steps and angles had to match perfectly. It took about five days for both our teams to get it built to meet the client’s specifications."

Audio can pose a challenge in the space as well.

"What we focused on from audio was distributing the sounds evenly and in smaller clusters," he said. "There tends to be a bit of an echo in the space. So instead of speakers pushing from the front, we hung them throughout the space and all along the risers and sides for more even distribution."

Spandex was also placed around the risers as well as white drape around the room to help with audio absorption. The Convention Center's preferred audio-visual provider ON Site collaborated and offered support in the show. This event tested the new rigging limits for the Sails Pavilion.

"We worked with the client on about six to seven versions of the plan to accommodate the weight needed for their audio and lighting needs," said Greg McCown, ON Site's National Director of Rigging. "Going forward, for any client, your best bet is be flexible. That's the key to finding the best plan for your event."

And the natural light called for Crosson to change the general session overall, adding high-energy bands and dancers.

Attendee feedback showed it worked. Some of the responses from attendee surveys included:

"I thought the renderings were impressive," Crosson said. "But when you were on the risers, you look out and see the bay on one side and the city on the other, it was even better than I thought. It's such a unique space and we were able to create an experience outside of the box." 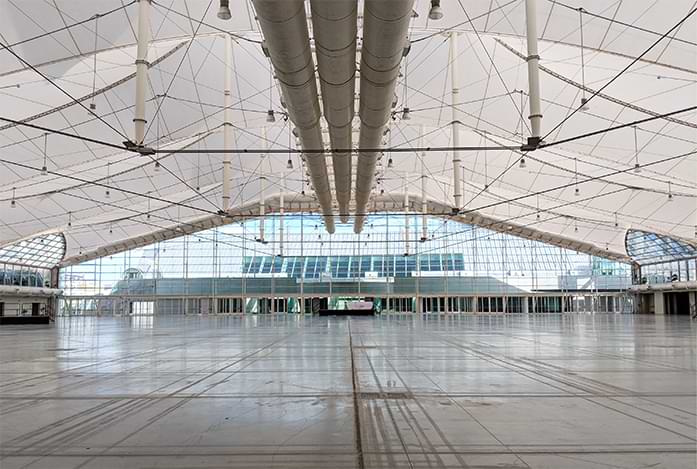 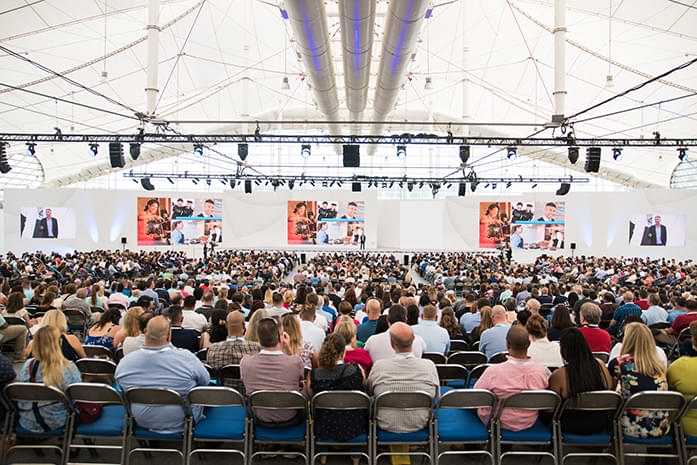 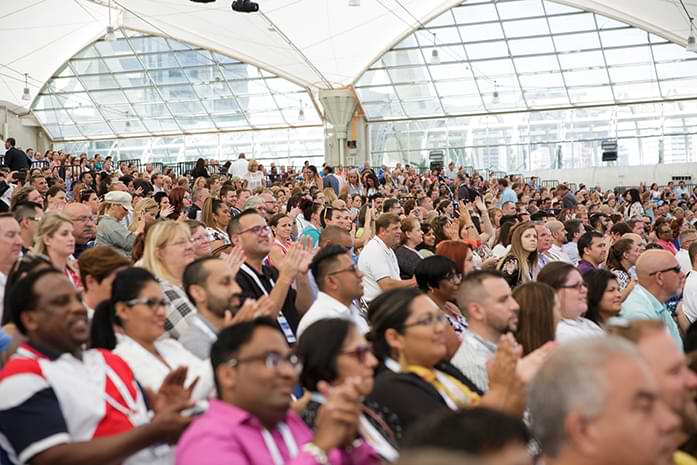