January 14, 2019
San Diego high school and college students were building much more than gaming skills at a recent event held at the San Diego Convention Center ­– they were building resumes and career skills.

"Minefaire," the largest official Minecraft community show for fans in the country was held at the San Diego Convention Center for the first time ever on Saturday, January 6 and Sunday January 7, 2019. Produced in partnership with Microsoft and Mojang, players and their parents came to celebrate all things Minecraft, including meet and greets with celebrity YouTube streamers, participating in epic-build battles, experiencing virtual reality gaming and purchasing exclusive merchandise from the largest Minecraft store on the planet.

"It's intriguing to work for a convention that's all about a game I've played before," said Christopher Eastman who is attending Palomar College. 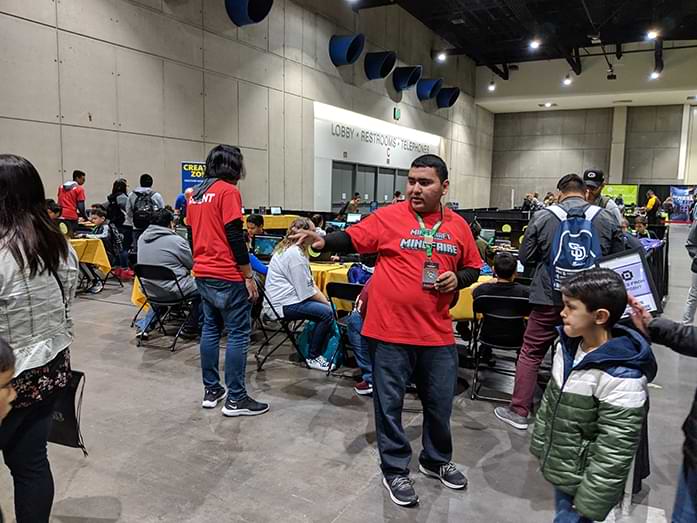 Within the crowd of fans were the teams in the red shirts, known as "Agents." Minefaire producers have created the "Agents Program" which recruits volunteers from local schools who take their passion for the game to the next level. They work a minimum of four-hour shifts and get an idea of what it's like to be a part of an event that draws an estimated 10,000 attendees.

According to Lauren Buchanan-Dwyer, Manager of Event Production and lead on the Agents program, the experience "truly gives fans a chance to give back to their community and have fun."

"It's intriguing to work for a convention that's all about a game I've played before," said Christopher Eastman who is attending Palomar College. "I do programming and that's what I'm going to school for."

"I'm in a program called ROTC and they told us about this opportunity," he said. "I earn community volunteer hours that I can use for college credit. I used to play Minecraft, so it's a fun job, and it's my first time at the San Diego Convention Center. It was worth volunteering."

Another Agent for the day has been playing Minecraft since version 1.4. It's currently at version 1.12.

The real-life show management experience could lead to a full-time job. Ben Grim is a perfect example. After graduating from UCSB with a degree in 2012 he was working as a project manager. He started volunteering at gaming conventions, because gaming was a passion of his. He worked as an Agent last year and the opportunities came. 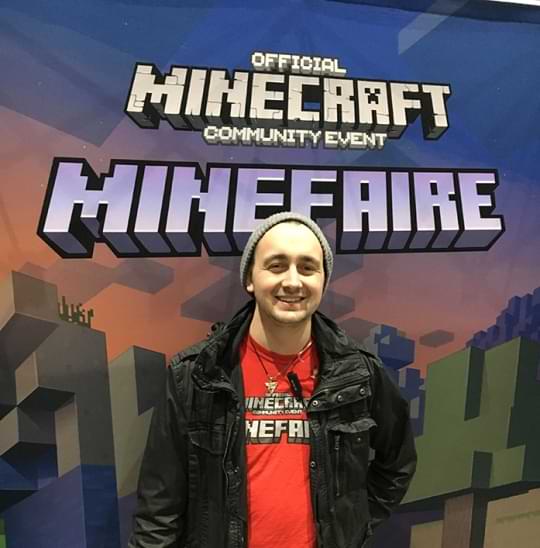 "They saw what I was capable of and gave me more opportunities during the show," he said. "A couple months later, they flew me out to Houston for another show."

And within months, he was offered a full-time job and wound up moving from his home in Los Angeles to the event's headquarters in Philadelphia where he's now a full-time Event Production Manager.

He played Minecraft and was looking at ways to mix his passion with a new experience. He found it as an agent.

"Volunteering is a good way to take a soft step into events; See what's behind the scenes, see what goes into running a show, learning about services," he said. 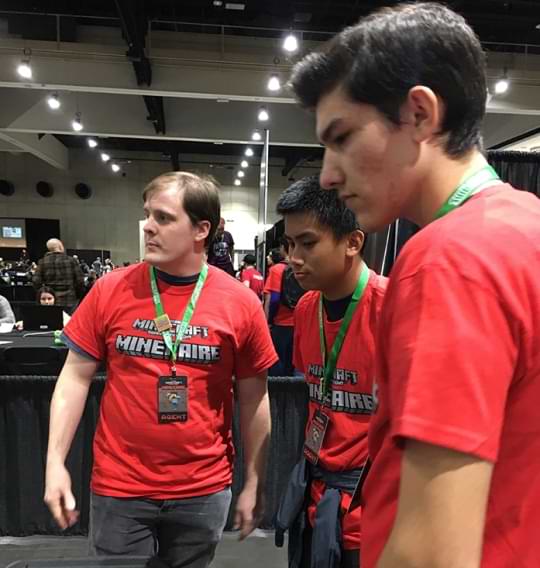 So what does it take to turn a volunteer opportunity into a full-time role?

"We are looking for attitude, aptitude and cultural fit," said Chris Danilo, Director of Operations. "If you come and want to 'crush it,' we'll find a place for you. The Agents Program is a great way to get experience in event management and production." For more information on the event and its agents program, visit Minefaire.com.

Many other meeting planners who have brought their events to the San Diego Convention Center have reached out to students for unique and life-changing opportunities. Here are some more examples:

"We are proud to host conventions and events that provide an educational opportunity for local students of San Diego," said Clifford "Rip" Rippetoe, CVE, President & CEO of the San Diego Convention Center. "Hosting these students and others is part of our efforts to invite the community to learn more about what goes on at their convention center."