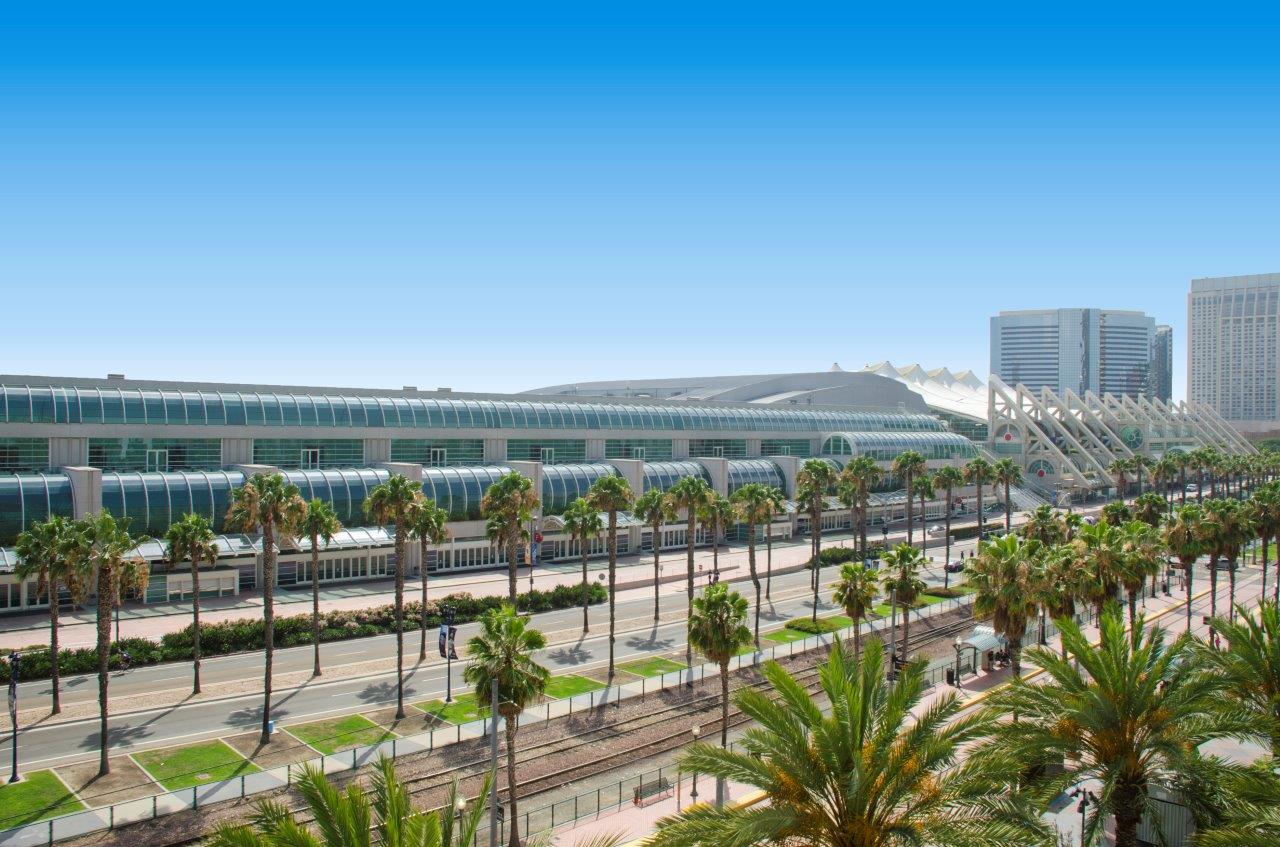 On March 22, 2021, San Diego Mayor Todd Gloria and County of San Diego Board of Supervisors' Chair Nathan Fletcher issued a press release (below) announcing plans for the federal government to use the San Diego Convention Center for emergency needs. The U.S. Department of Health and Human Services (HHS) is using our facility to temporarily house unaccompanied children seeking asylum in the United States.

As plans progress, we will continue to update this page and the FAQs (updated 4/22/21):

When is this happening? How many children?
Space within our building will be used for this purpose from March 27 until July 15, 2021, closing before conventions are scheduled to resume.

Our facility will provide shelter for 5-12 year-old males and 13-17 year-old females and has the potential capacity of 1,450 beds.

When are conventions returning?
We currently expect event activity to resume this August. See our event calendar

Will the San Diego Convention Center be ready to host events again?
Yes, we have plans in place for extensive cleaning and maintenance following this emergency use, just as we did for Operation Shelter to Home. We have detailed plans and protocols to ensure our facility will be event-ready before conventions are scheduled to begin again.

Does this mean the Convention Center will not be a vaccination center?
At this time, the County and City have secured numerous other locations to serve as vaccination centers. We do not anticipate need for our space.

What happened to the temporary homeless shelter?
In early March, Mayor Gloria announced that residents of the operation at the San Diego Convention Center would be safely relocated to the City’s reconfigured shelters, where they will continue to receive shelter and services. Learn more

Can I donate items to children who will be at the San Diego Convention Center?
Please see the SBCS website for donation information.

Can I volunteer or work to help?
See the SBCS website for opportunities with SBCS and partner organizations.

Media contact:
HHS Public Information Officer Carol Fiertz, 202.868.9859, This email address is being protected from spambots. You need JavaScript enabled to view it.

“We are working closely with our federal partners to provide them with care, compassion and a safe space to transition while they are reunited with families or sponsors.”

SAN DIEGO, CA — The City and County of San Diego have answered the call of the federal government to support unaccompanied children seeking asylum by making the San Diego Convention Center available for the U.S. Department of Health and Human Services (HHS) to use as a temporary shelter.

“When HHS Secretary Xavier Becerra requested our help to house some of the unaccompanied minors at the border, we knew it was the right thing to do. Over the weekend, we agreed to open our Convention Center to the federal government for use as a temporary shelter. The City and County will support this federally funded effort by providing vital services to these vulnerable children who came to our country seeking safety. We are working closely with our federal partners to finalize the details for preparing to receive these young people and provide them with care, compassion and a safe space to transition while they are reunited with families or sponsors."

A date for when the Convention Center will become a temporary respite for unaccompanied migrant children up to age 17 is being finalized. Once operational, the site will be used for approximately three months. The average stay for each child will be 30 to 35 days. They will be provided with food, medical care, a place to sleep and showers. A safe and secure recreation area will also be created on the exterior of the facility. The children are not permitted to leave the convention center until reunification occurs.

HHS Secretary Xavier Becerra said, “Every child in our care deserves a safe place to rest and to know their well-being is addressed. The County and City of San Diego has generously offered to partner with the Department as we abide by the law to provide unaccompanied children with food, sanitation and shelter. Our task is to protect the health and safety of unaccompanied children, who are under the care of the Office of Refugee Resettlement, while they go through their immigration proceedings.”

Some of these children became separated from their family during their long and dangerous journey, some are orphans, and others were sent by desperate parents with hopes of delivering their children to a safe haven away from trauma, poverty and danger in their home country.

The Health and Human Services Refugee Resettlement Program will fund the temporary shelter. Additional partners in this effort include the Federal Emergency Management Agency, Center for Disease Control and San Diego Convention Center.

Two years ago, the County of San Diego in partnership with Jewish Family Service of San Diego, the San Diego Rapid Response Network and the State of California provided services and temporary shelter for families seeking asylum at a closed County courthouse after the Trump Administration began releasing migrants in border communities.

This week, the City of San Diego, County of San Diego, Regional Task Force on the Homeless and San Diego Housing Commission are winding down Operation Shelter to Home, a successful program hosted at the Convention Center to protect people experiencing homelessness from COVID-19. The collaborative effort has served more than 4,000 people and helped nearly 1,300 individuals and 43 families find permanent or longer-term housing in the year it has been open. All remaining residents are being offered beds in the City’s shelter system.