Breaking Down Comic-Con 2019 by the Numbers

July 11, 2019
It's that time of the year for comic book fans, cosplayers and pop culture lovers alike to assemble at the San Diego Convention Center.

This year's Comic-Con will run from Thursday, July 18 through Sunday, July 21, with preview night being held on Wednesday, July 17.

Comic-Con attracts attendees from over 80 countries and more than 2,500 media personnel from over 30 countries, putting San Diego at the center of an international spotlight. Comic-Con guests are expected to generate an estimated $149 million in regional impact to San Diego, with a direct attendee spend of $88 million. 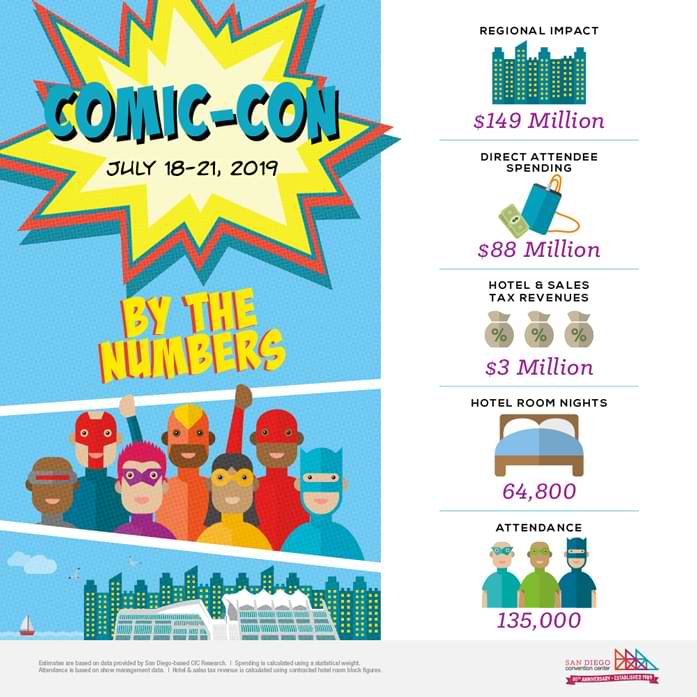 With all those attendees coming from all around the world to the San Diego Convention Center, the mission of welcoming every single one of our guests requires a super hero team of our own to build the small city that becomes Comic-Con.

Comic-Con has also become famous for the super-sized appetites. Our food and beverage partners with Centerplate answer the call to come in and save the day to feed our guests. 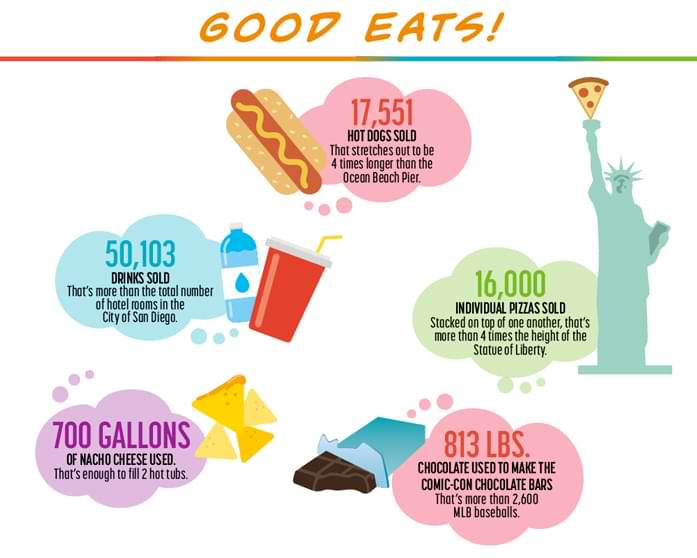 The Convention Center team also produces one-of-a-kind custom chocolate bars each year. Here are some fun facts about the 3,800 bars that will be sold:

The San Diego Convention Center's heroics in sustainability has helped minimize environmental waste in our community. 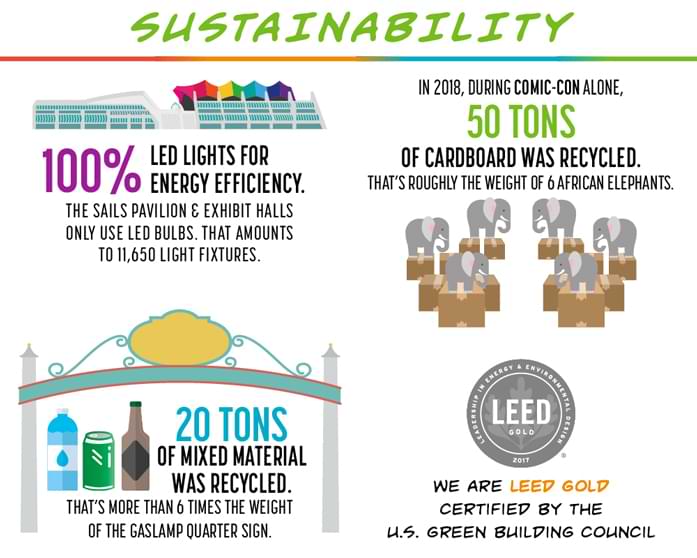 Here's another important fact: There will be temporary road restrictions in place around the San Diego Convention Center.

In order to maximize safety and security during Comic-Con 2019, access to Harbor Drive in front of the San Diego Convention Center will be temporarily restricted to ALL traffic including cars, bicycles, scooters, skateboards and shared mobility devices (dockless bicycles and scooters) during certain days and times. So be sure to know your ABC's. 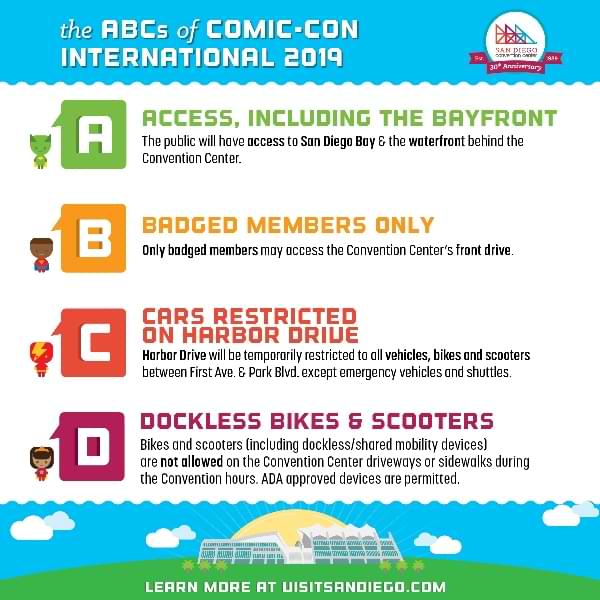 Please refer to our Public Access section for important details.